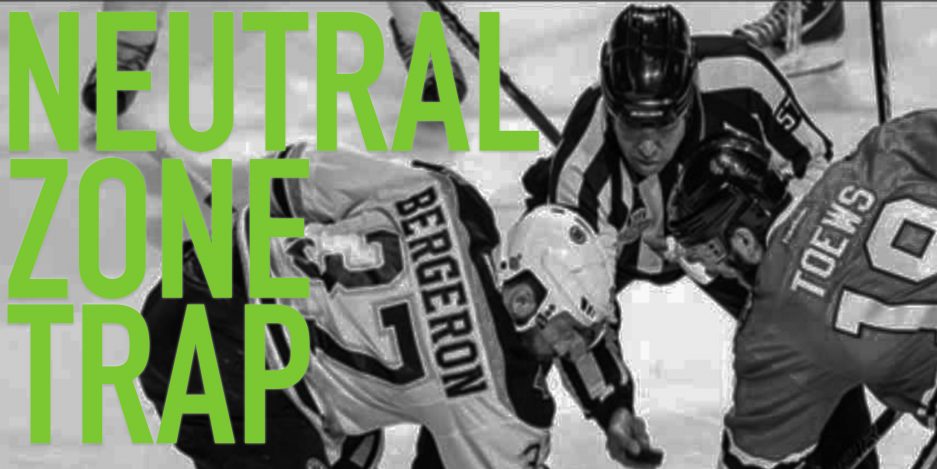 “The bass is the foundation of a band. It is what all the other instruments stand upon, but it is rarely recognized as that.”

That is a quote from Victor Wooten, one of the best bass guitarists in the world. But you probably don’t know him. You may not know Aston Barrett, John Entwistle, or John Paul Jones. But you know their work. Barrett played bass for The Wailers, Bob Marley’s band. Entwistle was the bassist for The Who. John Paul Jones famously played bass for Led Zeppelin. Each have their names in the Rock & Roll Hall of Fame.

Brent Seabrook’s entire career has been, basically, as bass player for a world class band. His bandmates have garnered the awards and accolades. Based on talent, those honours have been well-deserved. But the Jonathan Toews, Patrick Kanes, and Duncan Keiths will be the first to tell you that without the steady, and occasionally world-class rhythm of Brent Seabrook, those honours don’t happen. In fact, over his 14-year Blackhawks career, Seabrook has, at times, received less exposure than many other teammates. Marian Hossa, Patrick Sharp, Dustin Byfuglien, Corey Crawford, Artemi Panarin, and more have taken turns outshining the stalwart blueliner with the six-foot-three frame that often appears three or four inches more imposing than that. But, like any good bass player, Seabrook seems just fine with that lack of ink in the game recap.

At first glance, the idea that Seabrook could end up in the Hockey Hall of Fame seems a little far-fetched. After all, he has never been top-ten in Norris Trophy voting as the NHL’s top defenseman. He has cracked the 40-point plateau just three times in his career. You would have to go back to Rod Langway’s 2002 HHOF induction to find another defender who never hit 50 points. Viacheslav Fetisov also made it without a 50-point campaign, capping out as a 37-year-old with 42 points in Detroit, after leaving the USSR in 1989 as a 31-year-old.

But Seabrook’s career has been built on that bass beat. Supplying the foundation with a tape-to-tape breakout pass, a clearance on penalty kill, a gritty board battle, or a on overtime series-winning goal. A foundation steady enough to construct three Stanley Cup houses on, and build a modern-day dynasty.

The 14th-overall selection in a historically loaded 2003 NHL draft class, Seabrook played his first game in the 2005 season. By then, he had captained Team Canada to gold at the 2003 World Junior Under 18 Championships, had won silver in the 2004 World Junior Championships, and was part of the most talented World Junior Championship team ever, winning gold in 2005. In true Seabrook fashion, he played a gritty, low-risk game, and was overshadowed by fellow blueliners like Dion Phaneuf, Shea Weber, and Braydon Coburn.

That 2003 class, which has a modest 62 All-Star Game appearances, 26 Stanley Cup rings, a Hart, one Norris, a Richard, five Selkes, four Jennings, and more, is as decorated a group to enter the league as any in history. Twenty of them have played at least 900 games, and Seabrook’s 1082 is good for third most overall, and tops among defensemen. Combine that with his 123 playoff games, and the Richmond native has suited up in a Blackhawks jersey more than 1200 times.

In fact, since entering the league in 2005, you won’t find a National Hockey League rearguard who has played more.

“A good bassist determines the direction of any band.” …Ron Carter

While Seabrook has been named to just one all-star game, his impact on the success of the Hawks cannot be understated. He likely deserved to be higher in many Norris votes, but fell victim to playing alongside the most decorated defenseman since Nicklas Lidstrom. In fact, no two blueliners in NHL history have suited up together as much as Seabrook and Keith; they are the only defensemen to ever play over a thousand games together. But it begs the question… Is Seabrook the best #2 defenseman of the 21st century?

Perhaps the best way to evaluate Seabrook is by examining his career Point Shares. The formula, without getting too in depth, is broken up into Offensive Point Shares (OPS), and Defensive Point Shares (DPS), evaluating goals created for and against, time on ice, marginal goals for and against, and using a ratio that differs for forwards, defensemen, and goaltenders. Currently, Seabook’s DPS is 55.3, over 14 seasons. As his career winds down, if he were to earn just five more DPS, it will put him in the DPS-neighbourhood of players like Rob Blake, Guy Lapointe, and Brian Leetch. All more offensively gifted players than Seabrook, but important context when considering they’re all Hall of Famers.

Combining his 55.3 DPS with a 32.0 OPS, Seabrook sits at 87.3 through fourteen campaigns. We don’t know how long or effective the rest of his career will be, so looking at the Point Shares of five Hall of Fame defensemen through 14 seasons may prove helpful in illustrating Seabrook’s subtle significance, while also acknowledging their career totals for Stanley Cups.

Seabrook’s numbers, through fourteen seasons, look right at home with five Hall of Famers, and his three rings strengthen his case when up against everyone not named Guy Lapointe, who was a member of the great Montreal Canadiens dynasty in the 1970’s. However, if you think I may have cherry-picked five all-timers who have numbers that lend themselves to a pro-Seabrook sentiment, you’re only partially correct. An effective exercise would be looking at the 34-year-old’s numbers, against five defensemen (through fourteen seasons) who are often the posterboys for the “that guy should be in the Hall” argument.

This table certainly also lends itself to a “Get Sergei Zubov in the HHOF, pronto” argument, and rumblings suggest that will happen sooner rather than later. But Seabrook’s career impact, along with the Stanley Cups, lend themselves to a compelling case.

“It is rare to find a good performing band without a bass player. Most think the bass player helps provide the rhythm. A lot of people don’t realize the other important function – supporting the harmony of the band.” …studybass.com

Perhaps the greatest endorsement for the career of Brent Seabrook is the team success he has enjoyed. 45 players in hockey history have won an Olympic Gold Medal and a Stanley Cup since NHL players were allowed to compete at the Olympics. 24 of them were able to capture Olympic Gold and two Stanley Cups. Just 14 of those 24 raised the Cup three times.

Elite company. But if we take the qualifications one step further, the air becomes increasingly rarified. To go along with three or more Stanley Cups (how about that Scott Niedermayer?), and an Olympic Gold, the list of World Junior gold medalists leads to some telling results.

Scott Niedermayer, Jonathan Toews, Sidney Crosby, and Brent Seabrook. A Hall of Famer, two future first-ballot inductees, and a defenseman who has quietly put together one of the better careers of his generation. Quietly, rhythmically, and ever-so importantly. Time will tell if he ever ends up in the Rock & Roll Hall of Fame on his own. Until then, the beat goes on, and his numbers get harder and harder to beat.

View all posts by richabney77